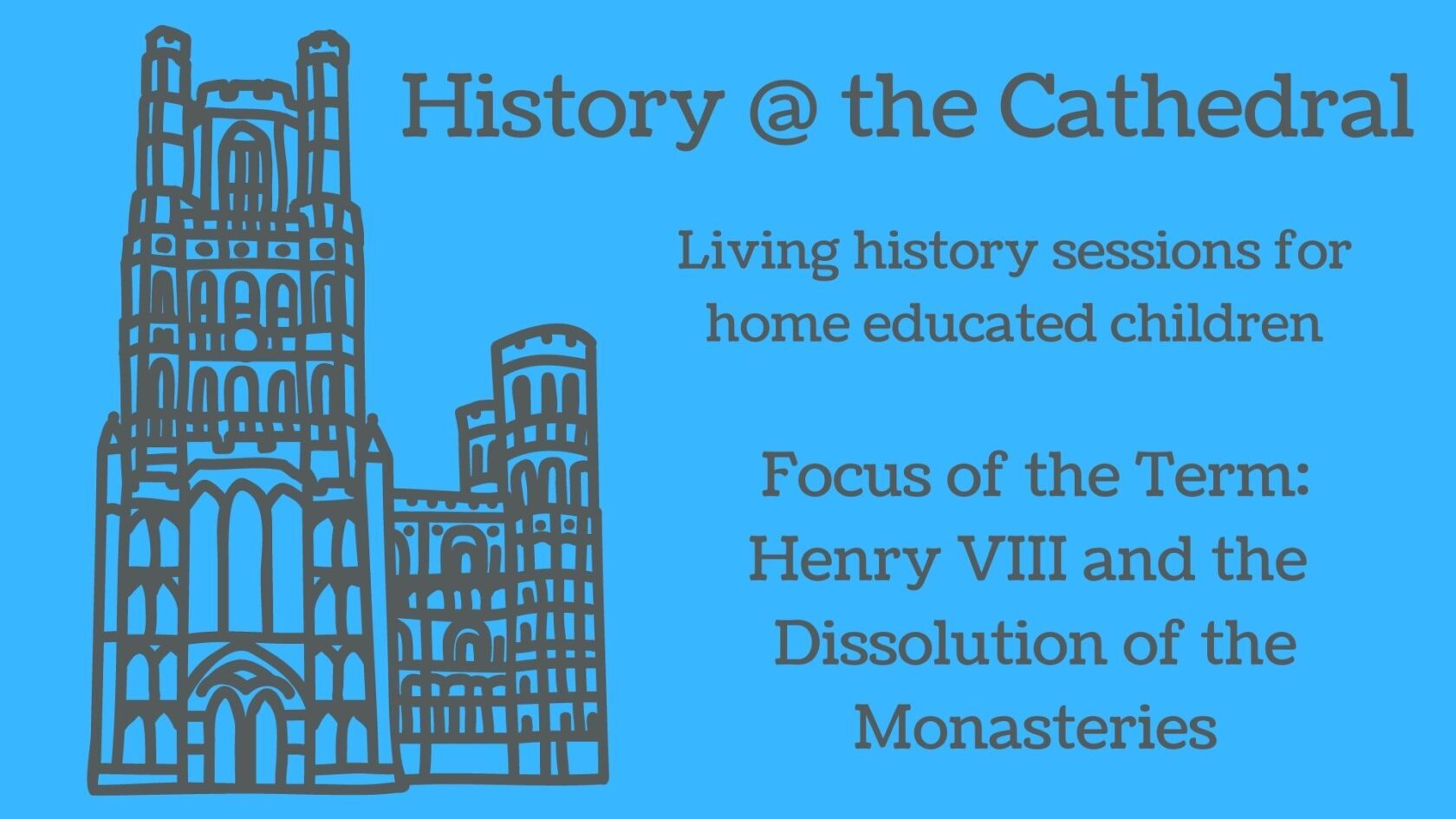 Focus of the Term: Henry VII and the dissolution of the Monasteries.

6 September - What did the monasteries ever do for us?

20 September - What was the reformation all about?

4 October - Why did Henry VIII REALLY break with Rome?

8 November - What happened after Henry VIII dissolved the monasteries?

22 November - How did the closing of the monastery affect the people of Ely?

6 December - Did Henry do the right thing?

1.30 - 2.30pm - Sessions aimed at children who are looking for extra challenge

Discover more about the impact that Henry VIII had on our Cathedral and life in England. We'll be finding out how the monasteries helped people and what impact their closure had on those who had relied on them. Children will have the opportunity to investigate and assess Henry VIII's motives in breaking with Rome, creating his own Church and closing the monasteries as well as finding out more about the new protestant faith that became so popular.