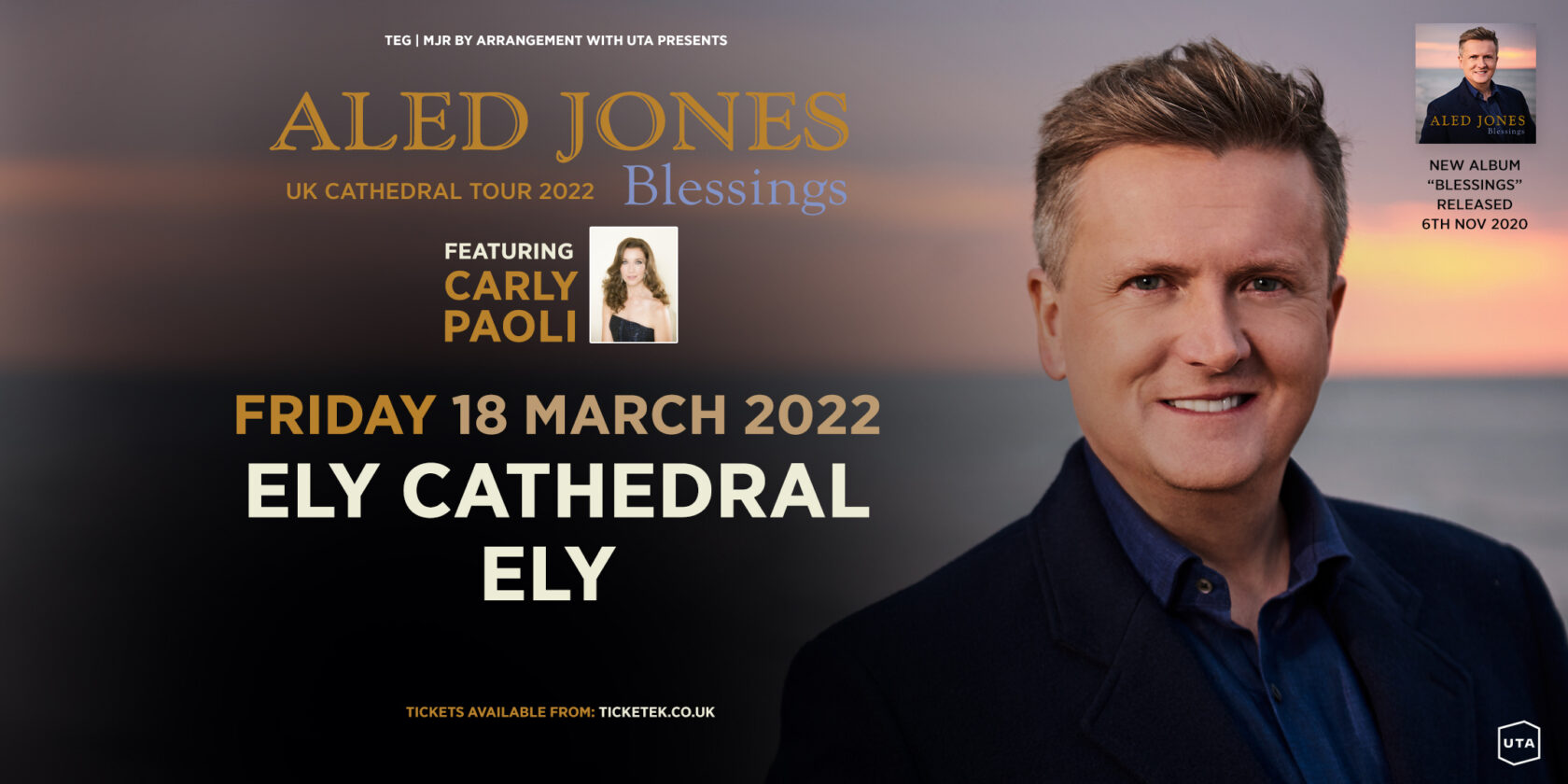 40 years since Aled was a choirboy at Bangor Cathedral, he brings his special concert of music and stories to Ely Cathedral as part of his 2022 Cathedral Tour.

Aled is a Music patron at Ely Cathedral and, as well as being a household name on Radio and Television, he has received countless prestigious music awards, record-breaking sales and chart successes.

Over his extraordinary 37-year career, Aled has performed for the Pope and the Royal Family, received an MBE, released over 36 albums - with over 10 million album sales and has over 40 silver, gold and platinum discs.